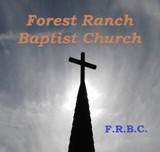 16 For God so loved the world, that he gave his only begotten Son, that whosoever believeth in him should not perish, but have everlasting life.

We see this verse everywhere.  People hold up signs at sporting events with “JOHN 3:16” but have you ever sat down for 5 minutes and really thought about what it says?

It starts with God.  It is axiomatic that a relationship with someone begins with an acknowledge that the person actually exists.  If you haven’t figured that out yet you need to get to work. The verse tells us that God loved.  Love is an attribute of God that He has been pleased to emphasize in His dealings with humanity.  In John 3:16 God’s love is presented in degree.  That is He loved so much that He did something incredible.  He gave His one and only Son. What exactly does that mean? Well it is probably beyond our ability to comprehend but in simple terms He gave His Son as a sacrifice, kind of a “stand-in” for humanity.

The human race is in pretty sad shape, right?  Spiritually we understand that is so because humanity is in rebellion against God. That rebellion puts each one of us in a position of saying “no” to God’s plan for our lives.  John 3:16 is so remarkable because the Greek word for world is “kosmos” which means that God loved the rebellious world of humans and He decided, on His own, to pay the penalty for the crimes of humanity by allowing His Son to take our punishment.

Now the rest of the verse continues to amaze because it tells us that we can receive the gift of God (He gave His Son) by simply believing in Him.  the result is a new, eternal relationship with God.

Now that you’ve thought about it for 5 minutes, what are you going to do next?